At this point, we are about two steps away from becoming cyborgs. Once we can upload our consciousnesses to the cloud and get rid of our pesky bodily functions, we’ll be there: fully integrated with technology. In the meantime, it seems we’re getting closer every day. At the massive CES […]

At this point, we are about two steps away from becoming cyborgs. Once we can upload our consciousnesses to the cloud and get rid of our pesky bodily functions, we’ll be there: fully integrated with technology. In the meantime, it seems we’re getting closer every day. At the massive CES electronics convention in Las Vegas at the beginning of the year, a gathering of elite brands showed off their best new tech, trying to win us over with products we immediately wanted to buy and put in our houses and on our bodies. And as the year’s moved on, more new stuff has been teased and released. Fortunately, you can purchase most of these goods right now. Unfortunately, some of them will cost you serious money. But not all of them.

Whether you want cool new wearable tech or an impressive new-age television for your living room, 2019 has produced something you’ll really covet. These are the 15 new gadgets that we hope will make life more electronically engaging—and easier, too.

We’re no strangers to interactive screens in the home, between Facebook Portals and Amazon Echos and Google Hubs. The beauty of Lenovo’s new Smart Clock, then, is its simplicity. It won’t video conference or stream TV, but it covers all the bedside bases: It tells times, charges phones, and gently wakes you up with a clock face that gradually brightens before your alarm goes off. By connecting it to Google Assistant, you can instruct it to do a whole lot more. Small and stylish with its heather gray case, it’s an unobtrusive and helpful addition.

Withings Move, the new smartwatch from Withings for 2019, monitors your activity and your sleep. It has a GPS tracker and syncs with the Health Mate app. It only costs $69.95. Most impressively, it works for 18 months without requiring a battery charge. That, and its understated design with an analog clock face, makes it more timeless than a lot of trackers on the market. The customization options are plentiful too, so you can easily get it to fit your look.

This is one of the most practical gadgets to come out this year: a portable charging case for Apple iPhones that doesn’t use or cover up the Lightning port. Meaning, you can charge your phone while listening to wired headphones. Mophie’s Juice Pack Access gets its power from any Qi wireless charging pad or its included charging cable, giving you up to 31 hours of battery life. And despite its rather sleek design, it’s strong enough to protect your phone. It fits Xs Max, Xs/X, and XR iPhones.

Many of us have the misfortune of being cursed with monolingualism. Blame the public school system in America. But for those who want to travel regardless of language boundaries—or easily converse with people who speak different languages in their own neighborhood—Waverly Labs invented an audio device that translates on the spot. There are many situations in which to use it, but perhaps the most useful setup is to attach one to your ear, hand the other to someone who doesn’t speak the same language to strap onto their own head, and talk away. The correct translation will play in both of your ears. The technology is still in the Indiegogo stage, but it might be worth it to you to get your hands on an early version.

This mug is a godsend to people who can’t function without morning coffee (as in, a large segment of the population). All it does is use internal heating technology to keep your caffeinated beverage hot—for an hour. You can nurse coffee without repeated trips to the microwave, or steep tea to the ideal temperature (all controlled via a Bluetooth-connected app). And that’s all it needs to do. While Ember debuted these mugs awhile back, the 14-ounce version is new to 2019, and extremely helpful to your morning routine.

Moodo makes aroma diffusers for the home that can be personalized thanks to four interchangeable scent capsules and smart technology you can control from afar; this diffuser has been around for more than a year. Now, Moodo has introduced the MoodoGo device, which is easy to cart around because it’s tiny. All you need is a USB power supply for it to start dispensing good smells. The MoodoGo only holds one scent capsule, but it’s a perfect fit for car cupholders and cramped desk spaces. You can’t pre-order it yet, but you can sign up for updates on the Moodo website. In the meantime, the OG Moodo diffuser (pictured) might tide you over with a variety of scent packs to choose from.

Bose debuted an audio gadget this year that combined two things you love dearly into one: cool sunglasses and wireless earbuds. If you throw a pair of these Bose Frames on during a sunny day spent outside, the frames themselves will play music, streamed from your phone via a Bluetooth connection, exclusively for your ears. We promise, no one else will be able to hear your music playing. The speakers are that good. If you don’t love this frame shape, check out the Rondo style, with rounded edges.

For a futuristic kind of home decor, take a look at these customizable light panels from Nanoleaf. Connect a string of them into whatever design you’d like on your wall, then control them from the app. The color options are vast, as are the modes—set the light panels to react to your music playlist, assist with your concentration, or mimic a rising sun in the morning to wake you up. You can buy triangular panels now, but if you wait until the end of the year, Nanoleaf is adding hexagonal panels as well.

Gillette’s innovation branch debuted this heated razor with an Indiegogo campaign last year, and it was wildly popular—probably because a razor that mimics the barbershop treatment sounds pretty nice. In less than a second, the razor heats up to 122 degrees, warming soap and skin for an upgraded shave. Gillette Heated Razors ordered during the Indiegogo campaign have already shipped, and Gillette now has a commercial version available. You can also sign up for automatic blade refills for however often you think you’ll need ’em.

The market is crowded with wireless sport headphones, but this is a pair worth noting. Released this spring, Beats’ Powerbeats Pro earbuds combine clear audio with workout-worthy durability. The battery life is extremely nice, and the controls are seamless. As in, when you put them on, they automatically start playing wherever your music or podcast last let off. And they come with a charging case to take with.

Mixed reality glasses can be used to take what you’re seeing of the real world and overlay it with virtual content. At CES 2019, Nreal, a Chinese start-up, showed off a pair that almost looks like normal glasses you could wear on the street. Hey, it’s a step in the right direction. Nreal’s ready-to-wear Light glasses are designed to give wearers an immersive experience with spatial sound, voice control, and a widescreen display at 1080p—without the bulky headset. If you’re into mixing realities, it looks like you’ll have to wait until spring 2020 for the consumer version to go up for sale. However, a Developer Kit ($1,199) will be available in September.

KitchenAid gave U.S. consumers a new kitchen counter appliance to lust after this year: the Cook Processor Connect, a do-it-all machine that automatically stirs veggies as they sauté, chops ingredients to your preferred size, kneads dough, steams food, measures weight, and more. It also comes programmed with 100 recipes with step-by-step instructions accessed through an app. It’s like an Instant Pot, but pretty (and expensive). Release date and price were not announced, but expect it to cost well over $1,000.

Samsung updated its Frame TV to QLED quality for 2019. When you aren’t watching TV, the Frame displays high-def paintings and pictures so that wall space isn’t wasted. It’s definitely a classy take on a 4K TV-watching experience.

This year, Samsung also beefed up its QLED 8K line to include 65-, 75-, and 82-inch screens, which you can shop now if you have a bundle of cash to blow.

This television rolls up. Seriously. LG is coming out with a new, disappearing OLED TV, with a screen that can stretch to 65 inches and then roll back into a compact box, with a launch date for the second half of 2019. There’s no price yet, but you’ll get a 4K HDR Smart TV-watching experience like none before it, with Google Assistant and Alexa. That, plus a decluttered view when you don’t want a screen hogging your living space.

Harley-Davidson made waves last year when it previewed its all-electric motorcycle, called the LiveWire. Harley gave us a delivery date and price, too: August 2019, starting at $29,799. The LiveWire targets a new demographic of motorcycle riders, one that appreciates a quiet machine for urban street riding that runs clean. It isn’t manual either, meaning no clutch or gear-shifting to accelerate. This is the first in a new generation of bikes meant to get young folks excited about motorcycles again.

Sarah Rense
Sarah Rense is the Associate Lifestyle Editor at Esquire, where she covers tech, food, drink, home, and more.

This content is created and maintained by a third party, and imported onto this page to help users provide their email addresses. You may be able to find more information about this and similar content at piano.io

This commenting section is created and maintained by a third party, and imported onto this page. You may be able to find more information on their web site.

Wed Jun 17 , 2020
We are amidst the 4th Industrial Revolution, and technology is evolving faster than ever. Companies and individuals that don’t keep up with some of the major tech trends run the risk of being left behind. Understanding the key trends will allow people and businesses to prepare and grasp the opportunities. […] 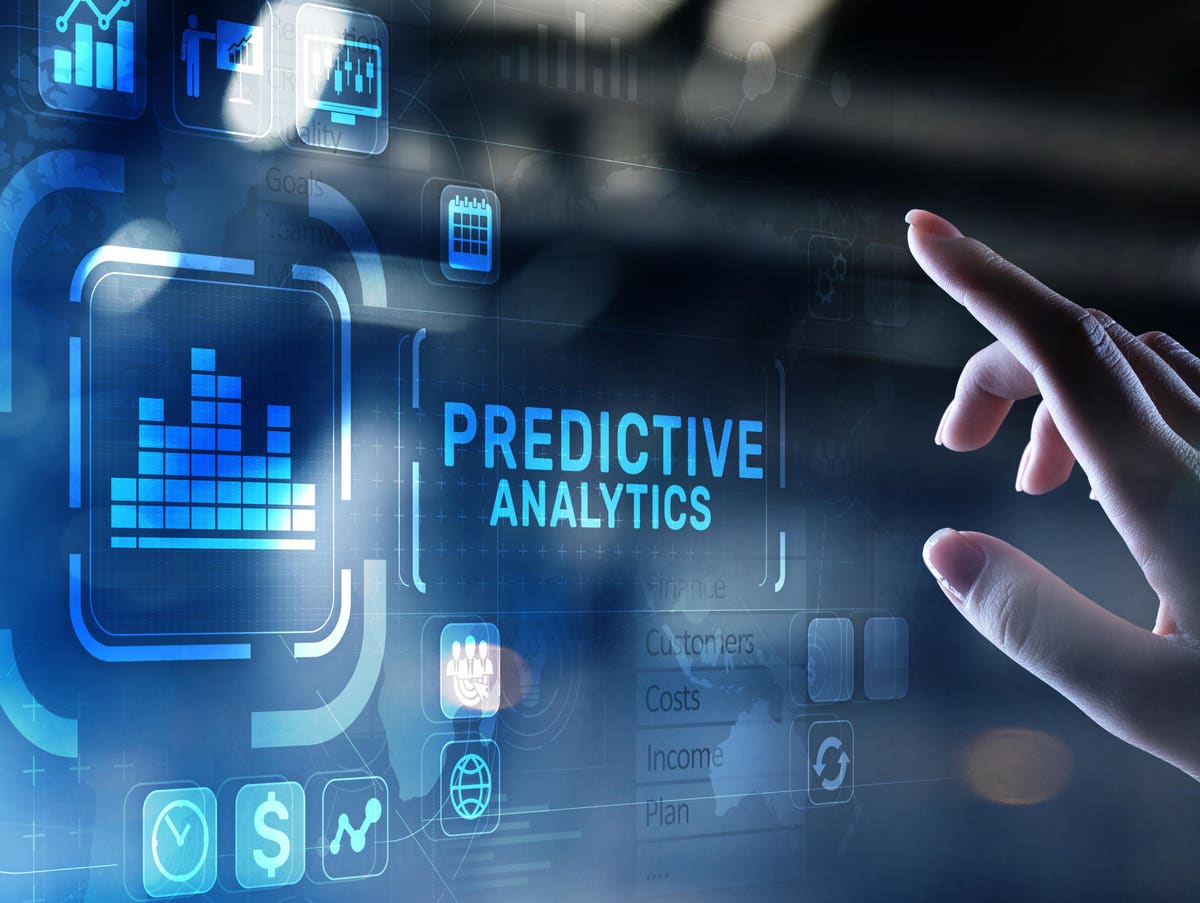