UTQIAĠVIK — Edna Ahgeak Paniattaaq MacLean smiled when her granddaughter Sirroun carried a thick tome with two hands and put it carefully on the table before her.

“I had some young people or teenagers tell me, ‘We’re trying to learn Iñupiaq but it’s so heavy!’” linguist and educator MacLean laughed, looking at the Iñupiaq dictionary she wrote.

In June, MacLean and two Yup’ik web developers, Christopher Egalaaq Liu and Lonny Alaskuk Strunk, completed an online Iñupiaq dictionary and word-building app, available at inupiaqonline.com. The project is based on MacLean’s Iñupiaq dictionary and aims to make learning the language in school and at home faster, easier and more accessible, even in rural areas.

“It’ll work,” MacLean said. “People are excited about it.”

Her life’s work has been to study, translate and preserve Iñupiaq — a language with an extensive oral tradition but limited written practice. The linguist’s efforts come at a time when only about 5% of Iñupiaq speakers are fluent, and the need for language-learning tools, as well as comprehensive educational programs, is growing.

The Iñupiaq Online website — launched by the Arctic Slope Community Foundation — is the first of its kind for the North Slope dialect of Iñupiaq and features a dictionary, a word-building function and an audio library to hear the way words are pronounced.

“It was designed for everyone,” Liu said. “We have it so that people can just look up words quickly. … We made it so that they can look up the underlying grammatical information if they want to.”

So far, about 1,200 unique viewers have visited the website, Liu said. Visitors can look up how to translate a word, see the plural form of the word, change the tense of a verb or add an adjective to a noun.

“The computer has been taught to create new words for the user based on the morphological rules,” MacLean said.

This is how the word-building tool works: A learner might want to say, “I want to eat,” and type the word “eat” into the dictionary. The verb “to eat” has niġi as the stem, which is the part that helps drive the meaning of the phrase. To build out the full phrase, additional words are translated into different phrase components — postbases, endings and suffixes — that are then attached to the stem.

Using the website, a learner can pick a postbase — in this case, “I want to” — then choose the correct case for “I” and see the result as “niġisuktuŋa,” or “I want to eat.”

In the same way, by looking up the word “truck,” learners can end up with the sentence, “It is a big truck,” or “qamutiqpauruq,” by adding other elements to the original noun.

“This is just the first stage,” MacLean said. “There are over 400 suffixes or postbases, and we’ve worked only on 10.”

Starting as soon as September, linguists plan to start improving the algorithms for the website to include more complex elements — for example, connective verb phrases for complex sentences — as well as conversational phrases.

For now, learners can use the current version of the website and enjoy featured artwork created by the late Iñupiaq sculptor, silversmith and woodcarver, Ronald Senungetuk.

Iñupiaq Online is not the first language project that linguists Liu and Strunk have worked on together. A few years ago, they built a similar website for the Yugtun language and presented it at the 2018 AFN Convention. The website received overwhelmingly positive feedback, especially on the translation function of the website, Liu said.

The decision to build an online tool for Iñupiaq followed naturally: Both the Yugtun and Iñupiaq languages do not have many irregularities, and they follow a defined structure, making word- and sentence-building more predictable, Strunk said.

“Learning about the mathematical consistency of the language — all these rules can be formed to create complete words — was very interesting to me,” he said. “I could see the there would be applications for … more exciting language tools.”

The project was originally funded through an $82,609 grant from the federal Administration for Children and Families last year and will soon receive additional funding through the Bureau of Indian Affairs, said Ryan Cope, director of grant programs with the Arctic Slope Community Foundation.

To create Inupiaq Online, MacLean, Liu and Strunk met weekly via Zoom. MacLean would look at the website design and give developers feedback. Learning from MacLean’s insights was a highlight of the project for Liu.

“She wrote the grammar books. She compiled the dictionary. She’s Iñupiaq herself and the speaker of the language,” he said. “It is incredible because a lot of Native resources, language resources, are often not written by their own people.”

In her Utqiaġvik house a few steps from the famous whale bone arch, MacLean was cutting muktuk on a foggy afternoon in late June. The 77-year-old linguist lives in Anchorage but regularly visits her home village. This time she came for Nalukataq, to celebrate the whale her brother landed.

Utqiaġvik is where MacLean’s passion for language took shape.

MacLean grew up at a time when parents were asked to speak English to their children, but her father Joseph Ahgeak refused to follow the rule. In third grade, a particularly strict teacher caught MacLean speaking Iñupiaq and punished her.

“I was caught once so she pulled my ear,” MacLean said, “and I screamed the heck out of pain.”

The young MacLean came home for lunch that day, wearing her hood up. Her mother Maria Ahgeak made her take off her parka before eating, and learned what happened after she saw her daughter’s bright red ears.

MacLean’s relationship with her teacher improved after that, and MacLean felt even more passionate about speaking her native language no matter what.

“I was one of the people that was punished for speaking Iñupiaq, and I got mad, and my mother got mad,” she said. “So we just kind of said, ‘OK, we’re going to do it anyway.’ So I’ve kept up that interest.”

Fluent from the time she was a child, MacLean didn’t become literate in Iñupiaq until she was in her 20s and worked with her mentor, Michael E. Krauss, a linguist and founder of the Alaska Native Language Center. Then MacLean taught Iñupiaq at the University of Alaska Fairbanks and immersed herself in the study of the language.

She wrote two Iñupiaq grammar books and published her latest dictionary in 2014, which took years of work. First, MacLean wrote down every word she knew. When she would run across a word she didn’t know, she would call her parents and ask them to explain it to her. And if her parents didn’t know that word either, she asked elders, hunters and other longtime Iñupiaq speakers.

While tools like dictionaries and apps can make learning easier, MacLean said that one of the most effective ways to preserve Iñupiaq in the community is to create immersion programs that allow students to study the language on a deeper level and for longer periods of time.

“That’s the next step that we need to do,” she said. “In the schools, they have Iñupiaq language programs, but it’s not producing speakers. They are teaching it in segments, and they don’t have a true immersion environment for the children, especially the preschoolers, to learn it quickly. … The immersion method seems to be the only way that works.”

Linguists are continuing to work on Iñupiaq Online to make it as useful as possible, Liu said, while keeping in mind that a website can’t be a full educational resource for the language.

“You can’t really learn everything through an app or through a website,” Liu said. “You have to also practice and engage with people.”

Mon Aug 22 , 2022
Amazon If you’re looking for a unique gift for an anime fan, you may be struggling with what to buy them. This is likely particularly true if you’re new to the world of Japanese cartoons, or don’t really know much about animation at all. Luckily, we’re here to share the […] 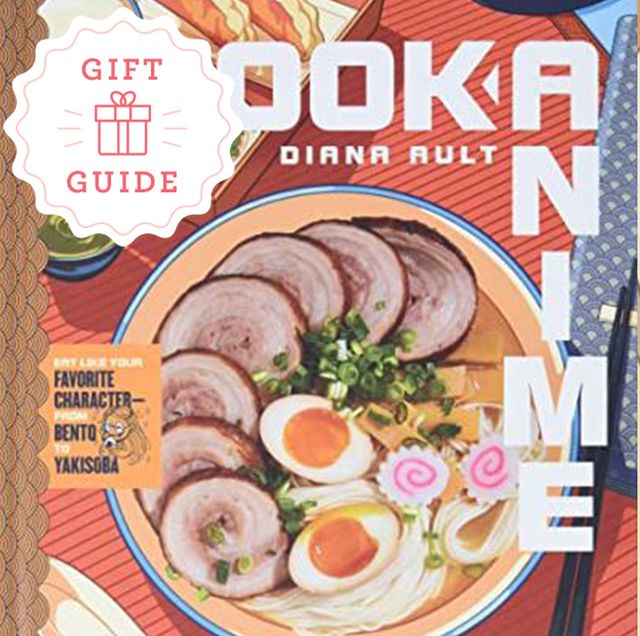