Leon County Commissioner Brian Welch has taken aim at MetroNet after the company cut power to two local schools and thousands of homes by allegedly damaging fiber lines Thursday night and Friday morning.  He wrote on social media that he has been in contact with State Representative Allison Tant’s office and will be […]

He wrote on social media that he has been in contact with State Representative Allison Tant’s office and will be signing a letter to the Florida Department of Agriculture & Consumer Services and Commissioner Nikki Fried about the recent damages.

“The fact is, this latest damage has caused significant and ongoing disruption to thousands of residents and perhaps most notably, no phone or internet at 2 schools (Roberts Elementary and Montford Middle School) during the first week of school,” he wrote in a statement.

“This has contributed to borderline chaos during pickup and drop off at these schools with parents unable to receive any communication from school officials, short of weak cell signals.”

The line damaged Thursday night, according to Welch, was restored by CenturyLink to both schools and local houses by 10 a.m. On Friday, Welch said the company “apparently” cut a second Xfinity line that severed internet connectivity to many homes in the Summerbrooke and Ox Bottom neighborhoods. He later clarified that it was not a new cut but rather continuing work from the original mishap.

“I fully support new providers entering our community, but those providers have a duty to act responsibly when accessing the public right of way,” he wrote. “Metronet must do better.”

A spokesperson for Lumen Technologies, an affiliate of CenturyLink told the Democrat all service has been restored by 1 p.m. and that they identified the caused as “third-party construction,” adding “We apologize for the inconvenience and appreciate our customers’ patience.”

Bill Gilliam, the vice president and general manager of MetroNet Florida, said the company is working to “ensure service is restored.”

“Metronet is investigating the matter right now alongside USIC to determine what occurred near Bradfordsville Road,” he wrote in a prepared statement Friday afternoon. “No further details are available at this point.”

Welch has not yet returned multiple calls from the Democrat.

Welch wrote that his office “has received numerous complaints for many months about disruptions to service, cut lines, damage to the right of way and difficulty seeking solutions.”

“Unfortunately, telecommunication companies are regulated by the State of Florida and local involvement has been preempted,” he wrote while sharing a link to the Florida Department of Agriculture’s consumer complaint form.

In 2019, MetroNet announced its plans to debut in Tallahassee following a $75 million investment for a new high-speed fiber optic internet, TV and phone network.

In March of 2020, MetroNet installations made Tallahassee the first and only Florida city served by the fiber network company.

Never miss a story: Subscribe to the Tallahassee Democrat using the link at the top of the page.

Sat Aug 13 , 2022
Looking for super-fast internet? Starlink may not be your only option in the US, as Google Fiber is restarting its push into new terrorities. Google Fiber’s gigabit internet is coming to five US states—Arizona, Colorado, Nebraska, Nevada, and Idaho—which “will be the main focus for our growth for the next […] 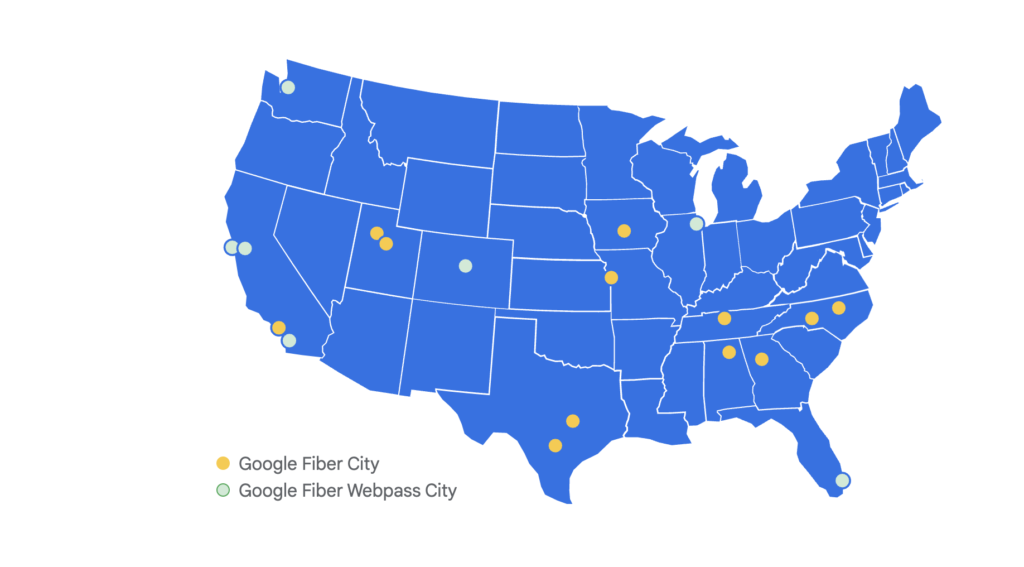