Catherine Engelbrecht, seen here in 2015, founded the controversial nonprofit True the Vote. A new lawsuit alleges that Engelbrecht and True the Vote defamed a small company that makes software for election workers.

Catherine Engelbrecht, seen here in 2015, founded the controversial nonprofit True the Vote. A new lawsuit alleges that Engelbrecht and True the Vote defamed a small company that makes software for election workers.

Konnech, a small Michigan company that makes election logistics software, says a “smear campaign” whipped up by the controversial group True the Vote has led to death threats and forced the company’s CEO to leave home in fear for his and his family’s lives. The company believes a driving force behind the threats is xenophobia; Konnech’s CEO immigrated to the U.S. from China in the 1980s and became an American citizen in 1997.

In the past, the executive of a relatively unknown company might have chosen to ignore such claims to try to deprive them of attention.

But in the wake of the conspiracy-fueled Jan. 6, 2021 attack on the U.S. Capitol, and in the era of QAnon and Pizzagate — bizarre and baseless theories that have contributed to very real violence — that strategy may no longer be tenable. The experience of the election technology company Dominion Voting Systems, which became the target of widespread conspiracy theories about the 2020 election, also underscored how wild claims could significantly damage a company’s business.

Just a few weeks after accusations against the company first surfaced, Konnech turned to the federal courts and filed a lawsuit. Konnech was “not going to take any chances and felt very strongly that it needed to act and act quickly,” said Jon Goldberg, a company spokesperson.

Konnech, which makes scheduling software for poll workers, joined a growing number of election officials and companies that have used defamation law to try to fight back against election-related conspiracies.

Dominion Voting Systems, as well as another election technology company, Smartmatic, have filed multiple lawsuits against media outlets and prominent Trump-world figures that spread allegedly defamatory claims about them in the 2020 election. Georgia election workers Ruby Freeman and Wandrea Moss, the latter of whom testified in front of the congressional committee investigating the Jan. 6 attack on the U.S. Capitol, have also filed lawsuits alleging that they were defamed by election conspiracy theories and subjected to “vitriol, threats, and harassment.” A Pennsylvania postal service employee also took legal action, and alleged that he was falsely accused of manipulating vote-by-mail ballots in the 2020 election. Conspiracy theories about the 2020 election have continued to spread, but there’s some indication that these lawsuits have pushed such claims farther from the mainstream of conservative media and toward the fringes, with some on the self-publishing digital newsletter platform Substack.

Konnech’s lawsuit targets True the Vote, which has made a name for itself with dubious claims of widespread voter fraud, including the film “2,000 Mules,” and has been increasingly linked to QAnon. Konnech claims in its lawsuit that True the Vote and its leaders, Catherine Engelbrecht and Gregg Phillips, have falsely accused Konnech of orchestrating “a red Chinese communist op run against the United States” and improperly accessed Konnech’s data.

“I will state clearly and unequivocally: neither Eugene Yu nor Konnech are in any way associated with the Chinese Communist Party,” said Goldberg.

Additionally, Goldberg, the company’s spokesperson, told NPR that the company “has been and is working closely with law enforcement at multiple levels regarding True the Vote’s claims.”

The company also added an “election misinformation advisory” to its website to try to combat “false and malicious claims” from True the Vote.

True the Vote has denied any wrongdoing. “Everything we have ever said about any of this is true,” said Engelbrecht in a livestream the day the lawsuit was filed. “The allegations made by Konnech are meritless. True the Vote looks forward to a public conversation about Konnech’s attempts to silence examination of its activities through litigation.”

A representative of True the Vote also provided NPR with a letter sent to Konnech’s attorney, which claims that Konnech has made unspecified “inaccuracies and misrepresentations” to the court, and asserts that an unnamed “third party” first obtained Konnech’s data — not True the Vote.

How the threat of legal action affected “2,000 Mules”

Engelbrecht and Phillips previously executive produced and provided the research for the widely debunked election conspiracy theory film, “2,000 Mules.” And there’s some indication that the threat of defamation lawsuits may have slowed the spread of claims from the film.

The right-wing provocateur Dinesh D’Souza, who directed “2,000 Mules,” said that he decided not to include “ballot trafficking” allegations against specific, named organizations in the film due to legal concerns. Fox News has largely avoided covering the “2,000 Mules,” which D’Souza suggested is related to Fox’s fear of litigation.

Last month, the publisher of an upcoming book version of “2,000 Mules” also abruptly recalled copies from bookstores. NPR obtained the recalled version of the book, which, unlike the film, makes allegations against specific nonprofit groups, and accuses them of “organized crime.”

After one of those groups said the book’s contents were completely false and potentially “libelous,” True the Vote distanced itself from the book.

Meanwhile, the group has pivoted away from the “2,000 Mules” and toward Konnech.

At an event in August dubbed “The Pit,” Engelbrecht and Phillips unveiled what they called the “Tiger Project,” which focused on Konnech. In interviews with far-right podcasters, Phillips has spun a cloak-and-dagger story that he compared to a James Bond movie, in which he helped uncover a supposed Chinese plot to infiltrate American elections.

In Phillips’ telling, he first heard about the company from “my guys” — unnamed “colleagues and friends” who invited him to their room in the Hilton Anatole hotel in Dallas one late night in January 2021.

“I get there and they’re putting towels, rolled up towels, under the doors and you know, and all my guys are armed,” Phillips said on the podcast “1819 News.”

Phillips said his colleagues showed him personal information for 1.8 million American poll workers, including “name, address, date of birth, Social Security number, banking information,” which supposedly was held on a server in China.

Konnech maintains that this claim is entirely false, and that all of its data on American customers is stored solely in the U.S.

After seeing this presentation, Phillips claims that he and Engelbrecht brought Konnech’s data to the FBI, which he claims then worked with them for more than a year on a supposed “counterintelligence” operation looking into Konnech. At one point, Phillips said he had a “secret squirrels” meeting with the FBI in Milwaukee to share information. Eventually, however, the FBI “completely betrayed us,” Phillips said, and told True the Vote that they were themselves under scrutiny from law enforcement.

True the Vote has not publicly provided evidence to support the claim of a “counterintelligence” operation along those lines, nor has NPR found any corroboration. The FBI did not respond to a request for comment.

True the Vote’s appeal to QAnon

Konnech argues that this wild story is a work of fiction.

“Konnech is extremely confident in the multiple levels of security it employs to protect its customers’ data,” said Goldberg, who noted that Konnech does not even possess information on 1.8 million poll workers. The real number is under 250,000, the company says. But rather than ignore True the Vote’s claims that they saw Konnech’s secure data, Goldberg said, Konnech essentially decided to take True the Vote’s claims at face value. In their lawsuit, Konnech alleges that True the Vote admitted to violating the Computer Fraud and Abuse Act by accessing the company’s data.

At least so far, the claims against Konnech have not received widespread attention in more established conservative media. This case still demonstrates how allegations can spread through fringe online networks.

Phillips has specifically encouraged followers of the far-right QAnon conspiracy theory — so-called “anons” — to research and post about Konnech.

“These people are the most amazing patriots that I’ve ever come in contact with,” Phillips said of QAnon followers. Phillips also appeared on an online show hosted by QAnon influencers, where he reiterated his praise of the “anons.” The left-leaning media watchdog group Media Matters documented additional ties between True the Vote and QAnon. In a sign of how QAnon has moved closer to the mainstream of the Republican Party, former President Donald Trump has repeatedly posted messages from the group’s followers online, and featured a QAnon-linked song at a rally over the weekend.

A digital newsletter hosted by the online platform Substack has amplified the idea that Konnech represents “Chinese infiltration” of U.S. election systems. A spokesperson for Substack declined NPR’s request for comment.

The misinformation about Konnech has helped feed online harassment and threats against Konnech’s CEO and his family, Goldberg said.

“Might want to book flights back to Wuhan before we hang you until dead!” reads one email to the CEO cited in the company’s lawsuit.

Another aspect of Konnech’s decision to go to court, Goldberg said, involved the importance of maintaining faith in U.S. elections.

“They are facing a group that, through its own actions and by spreading falsehoods and misinformation, [is] essentially targeting the election process,” said Goldberg.

That sentiment appeared to be echoed in the restraining order handed down in Konnech’s defamation case.

Federal Judge Kenneth Hoyt wrote in his order that the evidence presented by Konnech showed that a restraining order “would in fact benefit the public’s expectation of integrity in the U.S. election process.” 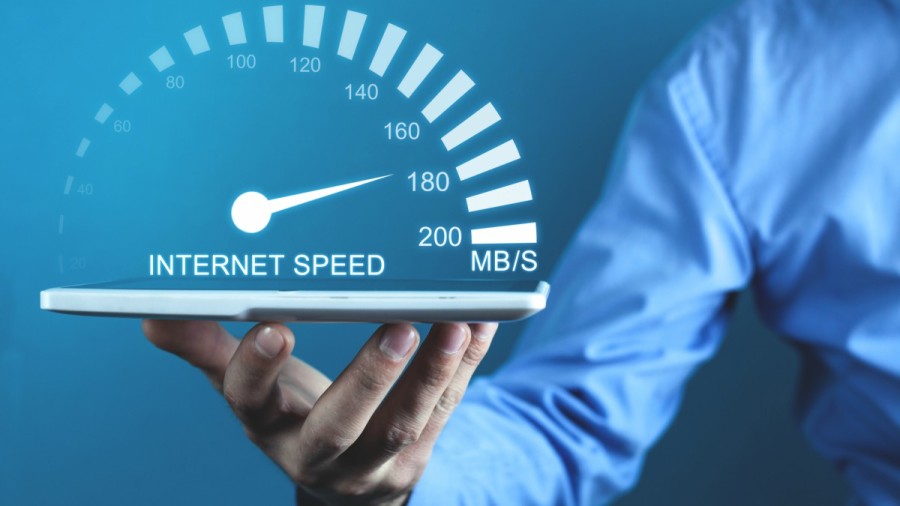