Salt Lake City — While boaters should call to schedule a quagga mussel decontamination for their watercraft, the Utah Division of Wildlife Resources has released a new online dashboard to help the public gauge how busy the state’s inspection stations are. The DWR began performing boat inspections in 2008 after […]

Salt Lake City — While boaters should call to schedule a quagga mussel decontamination for their watercraft, the Utah Division of Wildlife Resources has released a new online dashboard to help the public gauge how busy the state’s inspection stations are. 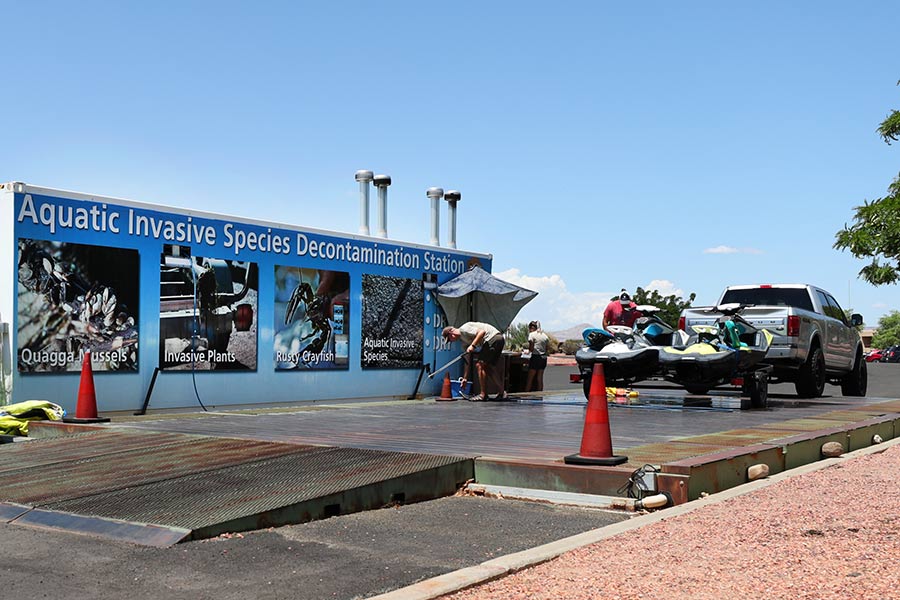 “This dashboard is a great resource for the boating public to see which inspection stations are open and actively performing inspections and decontaminations for quagga mussels,” DWR Aquatic Invasive Species Lt. Bruce Johnson said. “The webpage also shows boaters which waterbodies receive the most boat traffic and which inspection stations are the busiest, so they know what to expect before making a trip. That information is important, especially this year when we have had staffing shortages at many of our stations.”

All watercraft leaving Lake Powell are required to have an exit inspection during the inspection station’s hours of operation. Inspections are not the same as decontaminations. After a watercraft is inspected, it must still be decontaminated before that watercraft can launch at a different waterbody. If a decontamination can’t be performed, the watercraft must wait the required dry time before launching again.

Utah’s required dry times after boating at Lake Powell are seven days in summer, 18 days in fall and spring, or 30 days in winter. However, wakeboard boats are defined as complex boats, which always require a 30-day dry time — regardless of the time of year — unless they are professionally decontaminated.

While the inspection and decontamination program is an important part of preventing quagga and zebra mussels from spreading to other waterbodies, DWR biologists also do periodic sampling at Utah waterbodies to detect the presence of multiple types of invasive species, including mussels, mollusks and aquatic plants. Sampling is also performed at the DWR fish hatcheries and other fish spawning locations. This early detection program began in 2007, and the samples are typically taken between April and November when water temperatures are above 50 degrees Fahrenheit.

Large, fine-mesh plankton nets are used to sample the water for quagga and zebra mussels at a lake or reservoir. The nets capture particles, which are then collected into bottles. Several samples are taken from various locations around the reservoir. The samples are then sent to the Bureau of Reclamation lab in Denver, Colorado, for examination via microscope and DNA to identify if any quagga/zebra mussel eggs called “veligers” are present.

“Aquatic invasive species sampling work can be challenging due to the large number of reservoirs we have to sample around the state,” DWR Aquatic Invasive Species Biologist Richard Gibbs said. “Each biologist samples over 50 waterbodies with over 11 million liters of water filtered during a sampling season.”

Since the early detection program began, the sampling results have identified quagga or zebra mussel veligers in Red Fleet Reservoir and Electric Lake in 2008, and in Deer Creek Reservoir in 2014. However, the waterbodies were all later confirmed cleared of quagga mussels after years of control and containment measures were implemented and after consecutive years of repeated testing and monitoring where the results were negative. Currently, Lake Powell is the only waterbody in Utah with quagga mussels.

“This is an ongoing battle that takes the cooperation and help of everyone,” Johnson said. “Please always clean, drain and dry, which includes removing drain plugs and sea strainers on your boat. And if you leave Lake Powell and aren’t able to get a required decontamination, you must wait the required dry time before you launch at another waterbody.”

Thu Aug 25 , 2022
Tens of thousands of Columbus City Schools students were asked Wednesday to log on to classes remotely for their first day of school this year as members of the Columbus Education Association entered their third day of striking. For some, that proved challenging. “It’s currently just running real slow,” Ashley […] 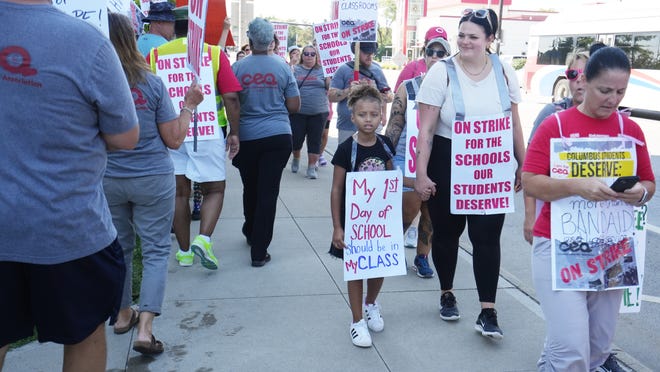