In any topography of human inspiration there might surely be room for the holiday cottage of Ireland’s west, so often the cradle of a great idea, born of the time and space for thought and the gift of far horizons. One cottage I’d put a plaque on, if it doesn’t […]

In any topography of human inspiration there might surely be room for the holiday cottage of Ireland’s west, so often the cradle of a great idea, born of the time and space for thought and the gift of far horizons.

One cottage I’d put a plaque on, if it doesn’t have one already, is called Carrig and it’s set above the shore at Adrigole, on the Beara Peninsula in west Cork.

It was here, in the 1970s, that James Lovelock, bothered by a strange haze in the summer air, embarked on research that came to matter greatly to the world.

It also helped him frame a revolutionary theory – that Gaia, the Earth, can be seen as a living, interacting organism. Today, at 101, his ideas have grown even more startling, as his latest book, Novacene, just published in Penguin, describes.

The haze at Adrigole, analysed by gas chromatography, proved to be “foul air from Europe” as polluting as Los Angeles smog. It happened also, as Lovelock found, to hold 50 parts per trillion of CFCs, the gases of aerosols and refrigerators.

Rising to the top of the atmosphere, CFCs were melting holes in the ozone layer, Earth’s screen against the sun’s ultraviolet radiation. Lovelock’s work with atmospheric scientists helped produce a final, global ban on their use.

As much engineer as scientist, he had earlier invented a pocket-sized gadget that detects and analyses trace-level compounds. Its miniature, sensitive sampling brought him work with Nasa in the US, then perfecting its planetary probes. The new image of Earth from space, wrapped in its atmospheric veil of blue, prompted Lovelock’s Eureka inspiration, the Gaia theory.

In the summers at Adrigole, he liked to climb Hungry Hill to sit on a favourite slab of red sandstone overlooking Bantry Bay. Here he thought through the scientific problems to be tackled in Gaia: A New Look at Life on Earth, a book written almost entirely in the cottage below the mountain.

The concept of an integrated, self-regulating Earth, its life working to maintain its existence, was received by most scientists as mere untested and romantic hypothesis (“I composed the book,” Lovelock has said, “as if I were writing a long love letter to woman I had never met”).

In the half-century since, with growing support from many schools of Earth science, Gaia has been dignified as a theory. But its popular and passionate adoption by greens of most hues has met with cooling responses from their favourite scientific uncle.

Lovelock, from a Quaker family, was repelled by the embrace of the Gaia theory as a quasi-religion, though he far from disowned its “intuitive” appeal and departure from familiar forms of science. His new book again chides the greens for rejecting nuclear energy and for supporting an “all-or-nothing” ban of plastics.

Indeed, for all the sins in the age of human impact on Earth, Lovelock rejects the “loaded idea that the Anthropocene is a great crime against nature”. For him it has been “a product of evolution . . . an expression of nature”. Its advances in knowledge prompt him to “a shout of joy”.

The Novacene, then, his prospect of humanity’s future, is buoyantly optimistic in the longer term. It is not, however, one to which many greens would aspire.

Lovelock sees our planet as old and frail, its life increasingly threatened by global warming and random asteroids. The existence of humankind is “a freakish one-off”, alone in the universe, but is now creating artificial intelligence that can think and act 10,000 times faster than mere mammals.

Humans will engage with this hyperintelligence, becoming “cyborgs” in a partnership to defend a living Earth. But as this “new life” improves and replicates itself, the natural selection of Darwin will be replaced by much faster, intentional, cyborg-driven selection. “We must recognize,” says Lovelock, “that the evolution of cyborgs may soon pass from our hands.”

As junior partners in life on Earth, what, beyond mere existence, has humankind to gain? We alone, he urges, of all the species under the sun, have evolved the ability to distil information in a way that empowers evolution.

As “prime understanders of the cosmos,” he says, we are “unique, privileged beings (who) should cherish every moment of our awareness”.

It’s one way to die happy, as Lovelock clearly intends to do, his last days happily spent in a cottage above the shore in Dorset. Novacene was finished with help of science writer Bryan Appleyard, who lost nothing of Lovelock’s vigorous mischief and wit.

His frequent disdain of green politics – wind and solar power are no match for nuclear, rewilding and afforestation should be “left to nature”, etc – have been a trial to many of his keenest supporters.

They must remain grateful, however, for Lovelock’s overwhelming vision of how the natural world works. It carries to global culmination the first law of ecology, that everything’s connected to everything else.

Is The Venus Project The Next Stage In Human Evolution?

Wed Sep 16 , 2020
The Venus Project The Venus Project A seismic shift is under way. Against the backdrop of rising temperatures, collapsing ecosystems, and the threat of species extinction, technologies like artificial intelligence (AI) and robotics are now moving to transform the global order. Indeed, for the first time in our history, we have […] 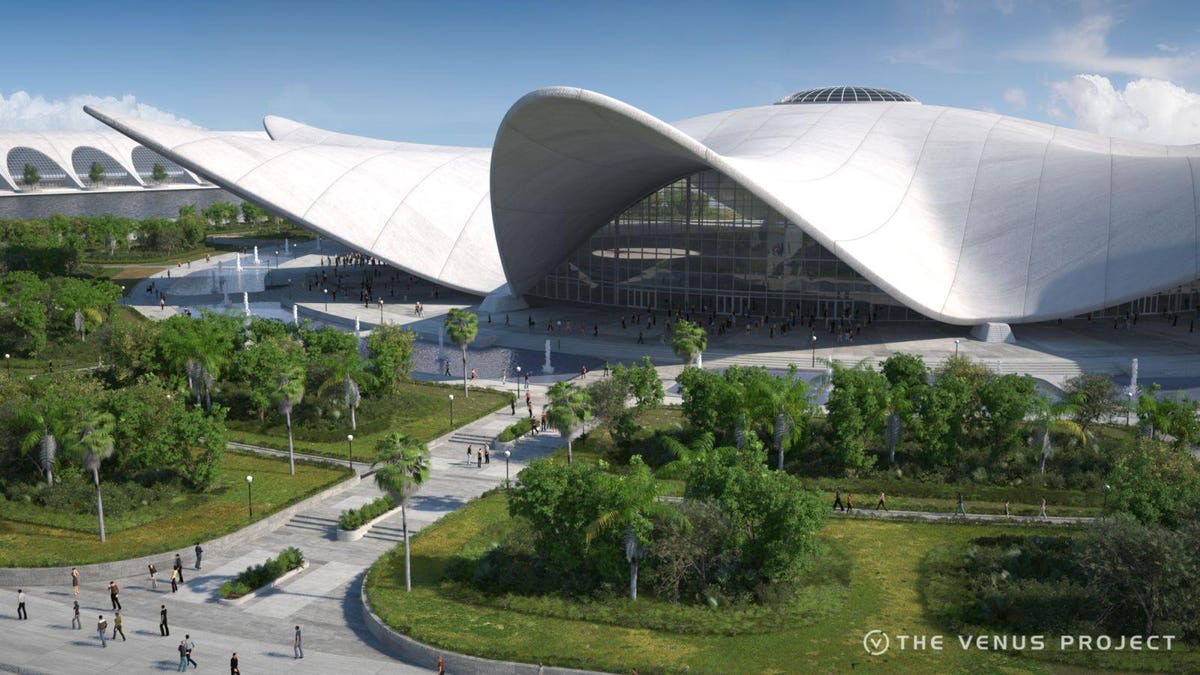