Launched in 2012, YourStory’s Book Review section features over 250 titles on creativity, innovation, entrepreneurship, and digital transformation. See also our related columns The Turning Point, Techie Tuesdays, and Storybites. Transformations in the worlds of money and technology are converging, as described in the book by Sanjay Phadke, Fintech Future: […]

Transformations in the worlds of money and technology are converging, as described in the book by Sanjay Phadke, Fintech Future: The Digital DNA of Finance.

The material is spread across 17 chapters, and makes for an informative read for beginners new to this field. However, the choice of font could do with considerable improvement, and there are several typos; more figures would have been a welcome addition to improve readability as well.

Sanjay Phadke is the Head of Global Platforms and Alliances at Vayana Network. He describes himself as a “tinkerer (almost) and teacher (hopefully)”. He graduated from Jamnalal Bajaj Institute of Management Studies and Sardar Patel College Of Engineering.

Here are my takeaways from the 190-page book, summarised as well in Table 1. See also my reviews of the related books Prediction Machines; Seeing Digital; A Human’s Guide to Machine Intelligence; Machine, Platform, Crowd; and The AI Advantage.

The invention of language and money are key contributions to the evolution of society, Sanjay begins. Money acts as a bridge from past to present and future. It is a form of payment and trust, and even a way to acquire more money through financial investment.

Money is a means of exchange and way of comparing the worth of different assets and services. It has deterministic, probabilistic, and even emotional connotations. Evolving from shells to coins and banknotes, currency and its governance are being transformed in the digital era.

While coins did not need numbering, banknotes do. Banknotes today account for only five percent of monies globally, Sanjay explains; the rest is stored in digital or ‘dematerialised’ form.

“Digital money is data,” the author observes, it is a string of characters, and does not derive trust from its physical form any more. New risks arise, of course. “No digital property can be guaranteed to be foolproof from digital theft,” he cautions.

Banks, big tech giants, and fintech startups are the three categories of players in today’s financial scenario, Sanjay explains. The industry is tightly regulated, so governments and exchanges play a key role as well.

There are significant differences in the mindset and operations of banks and tech-led firms. Tech DNA is about rapid change, agile development, and learning quickly from mistakes to develop easy-to-use offerings. Bank DNA is about being cautious, paranoid, careful in experimentation, and slow change.

One chapter traces the evolution of the “finscape” in the US, China, and India. The US already had a mature system in place in the pre-digital era, with social security numbers, credit cards, and credit bureaus. “China and India, in contrast, had vastly underdeveloped ecosystems,” Sanjay observes.

The US tech players have now set high expectations for engagement among the younger generation of mobile-connected always-on users around the world. “Silicon Valley is coming,” in the words of Jamie Dimon, CEO of JP Morgan.

The market value of US tech giants like Apple and Amazon is around half of India’s GDP, and they are entering the world of finance along with Google and Facebook as well, Sanjay explains.

Mobile payments and digital-only banks are some forms of Fintech 1.0, Sanjay explains. Alibaba’s Ant Financial set up MyBank as a digital-only bank to offer loans to small businesses in just minutes. It draws on transactional and social media data, fed into AI scoring models.

Neo-banks do not have a banking license but partner with banks to offer banking services. Some existing banks have also rolled out their own digital-only banks, such as Fidor by JPMorgan Chase and Kotak’s 811.

Payment via QR codes has accelerated mobile payments even more. IoT and the emergence of 5G will speed up the momentum further. IoT sensors in vehicles are being used by automobile insurance firms; voice-based assistants and face-recognition technologies are other trends to watch in fintech.

Paypal was one of the first “native-Internet” fintechs. Microsoft is more likely to be a collaborator with banks than a competitor. Softbank is another player to watch, thanks to its investments in fintech startups, the author writes. Fintechs in other countries include Adyen (Netherlands) and Klarna (Sweden).

China has a highly-innovative landscape at scale, as seen in Alibaba’s Alipay, Yue Bao (money-market fund), and Sesame Credit (social credit rating). Ant Financial is the first of the “super fintechs,” according to Sanjay. (See also my reviews of the related books Tech Titans of China, China’s Mobile Economy, and AliBaba.)

There are new active players in wealth management, consumer loans and insurance. Alibaba also expanded into B2B finance for logistics services, a move copied by other players around the world. Thanks to not having legacy baggage, China has created a “futuristic fintech ecosystem,” Sanjay explains. However, it is siloed into the BAT trio worlds.

India has emerged as a laboratory for global big-tech players, along with local firms like HDFC Bank and Bajaj Finance. Among startups, the book focuses largely on Paytm and not the broader spectrum of players. Paytm’s fortunes were boosted by events like demonetisation, and also received India’s first investment by Warren Buffet.

The world is awash with money, yet few get loans, the author laments. Cautious banks need collaterals, guarantors, or credit history data based on past records. Unfortunately, the aspirational needs of low-income or poor people cannot be fulfilled in such a system, even though India has 120,000 bank branches – the highest number in the world.

“The poor pay the highest for a loan and get next to nothing on deposits,” Sanjay observes. Even remittances of foreign labourers are charged relatively high service fees.

Frauds and false identities have plagued the banking system. Digital transformation can help in this regard, but there are also risks regarding theft of data, money and reputation, the author cautions.

India’s larger fintech moves have been cautious and led largely by the government, as seen by inter-connected developments in the B2C and B2B sectors like biometric UID (Unique Identity), UPI (Unified Payment Interface), and GST (Goods and Services Tax). The author identifies other developments as well, such as DEPA (Data Empowerment and Protection Architecture), PCR (Public Credit Registry), and AA (Account Aggregator).

Aadhaar helped Jio acquire a million customers a day, and reduced activation times. Jio is forging alliances with a range of tech giants, Sanjay observes. Digital technology and finance innovations helped spur the Chinese economy and created a vast pool of SMEs; it is hoped that a similar boom can take place in India as well.

The API architecture is spurring a range of innovations on top of existing digital infrastructure, driven by the talent of entrepreneurs. Hopefully, these combined developments can make access to capital easier and more automated, given the rapid growth of data communications in India.

The success of emerging economies like India depends on democratising access to capital as raw material for the needy, the author emphasises.

The author charts a range of technologies in the next wave of fintech, clustered as the new ABC: AI, algorithms, autonomous operation; big data, blockchain, bitcoin; and cloud, crypto, cybersecurity. Other trends to watch are quantum computing, which can also pose risks to security via the ability to crack codes.

Continuous feeds of data and powerful algorithms can improve automation and robustness of financial processes at scale. For example, they can improve assessment of ability and willingness to pay by better understanding social psychology (though overcoming bias will be a challenge). Spotting anomalies and outliers can improve fraud detection defences.

Bitcoin regulations vary around the world, but some blockchain features are being implemented. Hybrid systems may emerge in such a context, the author observes.

Platformisation combined with AI is a powerful combination. But countries have adopted varying positions on cloud infrastructure and data sovereignty as well (eg. EU’s GDPR), and trade wars have triggered off new moves in geopolitics.

If all goes well, however, the dream of making financial security and prosperity for all can become a reality when arteries of finance become unclogged, the author sums up. Innovation, agility and scale can be enhanced through financial ecosystem partnerships and progressive regulation.

India’s most prolific entrepreneurship conference TechSparks is back! With it comes an opportunity for early-stage startups to scale and succeed. Apply for Tech30 and get a chance to get funding of up to Rs 50 lakh and pitch to top investors live online.

Is CyberOptics (CYBE) Stock Outpacing Its Computer and Technology Peers This Year?

Thu Oct 8 , 2020
TipRanks Wells Fargo: These 3 “Strong Buy” Stocks Have Over 70% Upside Potential Markets are on a roller coaster lately, up one day and down the next, as Wall Street’s pros and investors alike try to make sense of the constantly shifting news cycle. To wit: In the first week […] 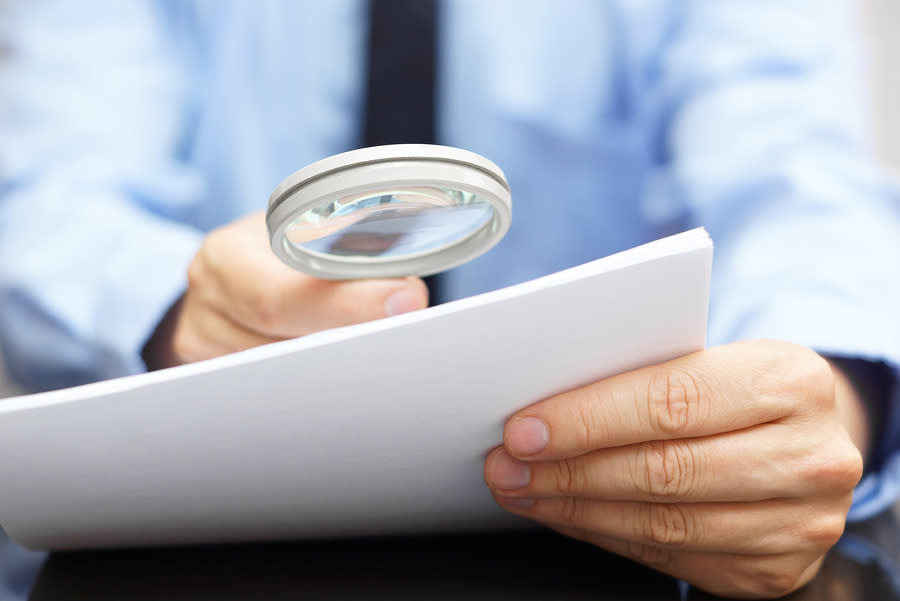