The COVID-19 pandemic has also thrown open the relevance of mobile data at a time when individuals, businesses, government and all sectors of the economy, need data connectivity to stay online and connect online.

At a time like this, where majority of businesses and government agencies are getting connected to the internet through data connectivity, the data service providers are also striving to enhance the experience of their mobile data customers and have strategic edge over their competitors.

When it got to its peak, mobile communications started shifting towards data, a development that raised the demand for data services, over and above voice services. The shift compelled data service providers to start offering robust data services, with lots of mouth-watering promotional products and services.

The effectiveness of their services, however depends on their robust mobile data devices powered by the best technology, through which data services are offered.

The speed of connectivity, coupled with the upload and download capacities, is largely depended on the kind of technology deployed and the sophistication of the equipment used in deploying the technology.

The quality of mobile data service is majorly dependent on the product types with particular reference to Routers and MIFIs, which are the gadgets from which signals are transmitted to address network connectivity that will meet customers’ needs.

Data connectivity could be enabled on different platforms, but on the 4G network, the Long Term Evolution (LTE), also known as 4G LTE is the standard set for high-speed wireless communication for smartphones, tablets, netbooks, notebooks and wireless hotspots terminals in Nigeria.

Routers and Mi-Fi are the types of connectivity devices used by mobile data service providers that account for their performance levels. For instance, high standard 4G LTE equipment depends on the model, item height and width, wireless type and depth of the Routers or the Mi-Fi.

A mobile Wi-Fi, allows users to connect multiple devices like smartphones and laptops to a single 4G data SIM and get online anywhere at any time as long as there is a steady telecom signal.

Unlike smartphone’s data capabilities, Mi-Fi and Routers are designed with strong signal capabilities to the point that the device can rarely slip to 2G unless in a remote area. A Mi-Fi simply implements a minimal router interface unlike the rest of the two routers.

Although the device is relatively bigger as compared to its mobile version, the gadget implements multiple features that are simple. Mi-Fi can’t pull off for a stable internet connection.

However, in most cases, the device is never gifted with a SIM slot as compared to the Mi-Fi router but instead, distribute internet connectivity to connected devices from a mother wired router.

A comparison of the routers of four data services provider gives an indication of the leading providers of mobile data service in Nigeria and helps customers make an informed choice.

Router is a device that enables wireless network and serves as an access point in a local area network, while the Wi-Fi is a facility that allows computers, smartphones and other devices to be connected to the internet, but MiFi is a brand of wireless router that acts as mobile Wi-Fi hotspots.

Mobile Network Operators (MNOs) like Globacom, MTN, Airtel, and 9mobile, including telecoms companies like Smile Communications and ntel, up to core Internet Service Provides (ISPs) like Spectranet, Swift Networks, IPNX, among others, offer fixed and mobile data services to their customers at different pricing.

Smile Communications, which is known for data and voice over 4G LTE offerings, has both the Router and MiFi devices, which come in different models, through which it offers mobile data services to customers.

He said while the Router device could connect up to between 16 to 32 users the same time without dwindling in optimal service delivery, its Mi-Fi devices come with LCD screen to show signal and battery strengths.

According to Kumar, “Mi-Fi devices has the ability to hide and display password on LCD screen for data usage security and to support customer privacy preferences for their connection.

“It shows the duration of connection of each device and allows the customer block connected devices as may be required and provides security password per device for both wifi and the web user.”

Get the latest in African news delivered straight to your inbox

We need to confirm your email address.

To complete the process, please follow the instructions in the email we just sent you.

There was a problem processing your submission. Please try again later.

According to him, “Spectranet offers Blue Freedom MiFi, Evo MiFi, Flyt, CPE and Ace MiFi that could connect as much as 10 users at a time, with a wide coverage area network in towns and cities like Lagos, Abuja, Port Harcourt, Songo and Ibadan.”

Globacom, one of the MNOs that offers mobile data service, has various range of mobile service offerings that are available at affordable prices. According to Information on its websites, which speaks to its mobile data offerings, Globacom has daily, weekly and monthly mobile data plans.

The Glo 4G MiFi can connect up to 15 devices, including smartphones, tablets, laptop, desktop, in one single connection. The Glo MiFi, which is used to offer mobile data service, also adapts itself to offices and events venues, being able to beam the Glo 4G wireless internet signals over a wide expanse of space.

Thu Aug 20 , 2020
Sign up for The Brief, our daily newsletter that keeps readers up to speed on the most essential Texas news. Growing up in Monahans in the 1960s, Arlinda Valencia said she was used to hearing about the valor of the Texas Rangers in school and on television. “I grew up […] 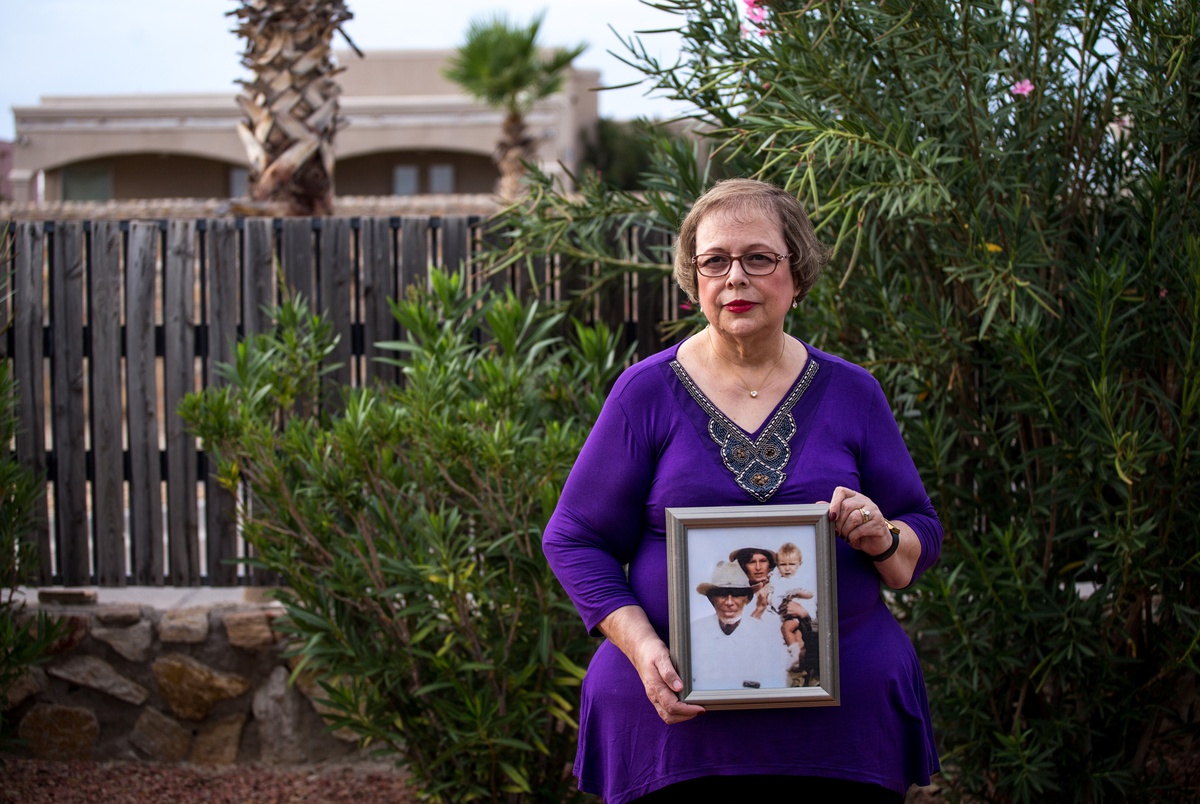