Image credit: Sony/Marvel Spider-Man: No Way Home is one of those movies that, by all accounts, I should’ve enjoyed. Of course, the return of Tobey Maguire and Andrew Garfield’s Spider-Men was more than welcome. But as with so many “multiverse”-themed stories, I thought its story beats tended to lack any […]

Spider-Man: No Way Home is one of those movies that, by all accounts, I should’ve enjoyed. Of course, the return of Tobey Maguire and Andrew Garfield’s Spider-Men was more than welcome. But as with so many “multiverse”-themed stories, I thought its story beats tended to lack any emotional weight.

That being said, the film sparked some thoughts that’ve never quite left me, even nine months later—and I’ve only just come around to formulating them more clearly.

The central conflict of the movie is this: Tom Holland’s Peter Parker must intervene to save the villains of prior films—Doc Ock, the Green Goblin, the Lizard, the Sandman, and Electro—from meeting the tragic ends they did. This process involves drawing them out of their own timelines into the 2021 film’s timeline, and subsequently developing various scientific gadgets that will reverse-engineer the events that led to their becoming supervillains (e.g., designing a new suppressor that allows Doc Ock to regain control over his mechanical tentacle arms).

If one brackets out any Marxist readings of the film—that is, that it exists as mere nostalgia bait, designed to juice box office numbers and reinvigorate a creatively desiccated franchise—this is a pretty interesting angle for a story to take. And embedded in this narrative are two interwoven motifs that touch on the nature of time and redemption, and raise some distinctly thorny questions for Christian philosophy.

The first is this: the film’s villain-redemption arc necessarily involves treating the concluding, brutal events of previous films as if they had never happened. We, the audience, know that they “happened” in a certain sense: my DVDs of the original Spider-Man Trilogy attest to that. But in the film universe’s internal continuity—a continuity that evidently now reaches back to 2002—they’ve been wiped away, put at naught.

What haunts me about this plot beat is how closely it echoes the radical view of divine omnipotence pressed by medieval saint Peter Damian, who argued that God could—if He so willed—change the past, making it so that human beings never sinned in the first place. It’s a notion that raises some deep questions for Christian theology. If such a restoration were possible, then why the cross? Or alternatively, why would the cross not lead to a total undoing of sin, by blotting it from the books both prospectively and retrospectively? One wonders.

The second way of reading No Way Home is a bit more complex. Specifically, there’s a sense in which the film can be seen as a kind of allegory of apokatastasis—belief in the universal reconciliation of all, even the recalcitrant, to God at the end of time. For strong-form defenders of this doctrine, hell is an impossibility: God, as the absolute Good to whom all human desires are ultimately ordered, must recall all created spirits back to Himself in order to “be all in all” (1 Cor. 15:28). Echoing that logic, in No Way Home the villains have little choice in the matter: they are struck from the outside with cures that restore them to themselves, pulled out of the possibility of their own destruction.

From a certain perspective, this is indeed a profoundly Christian thematic: human beings are incapable of their own salvation. But I note that the sequence is far less poignant than the redemption scene shot fourteen years earlier for Spider-Man 3, when Maguire’s version of the hero—knowing full well that Flint Marko/Sandman is the man who shot and killed his Uncle Ben—simply declares to him, “I forgive you.” That declaration of unmerited forgiveness is as simple as it is stark.

Perhaps it’s the Lutheran in me, but in contrast to the No Way Home model, I find this forgiveness a particularly profound example of the maxim simul justus et peccator—that before God, we stand as both saint and sinner at once. Marko stands forgiven, but that does not mean that the past is undone (as, for Damian, it might be); his actions still occurred and he still stands marked by them. And those actions were not simply the result of a metaphysical defect or injury “coming from without”; they are the fruits of his choices and he must reckon with them. For the rest of his life, Marko will be a man both guilty and forgiven.

To wipe away the past and the grappling with it, rather than taking up that history in full and healing it, is to undermine the beauty of redemption. And a fortiori, to treat universal reconciliation as a kind of metaphysical necessity is, in the end, to render so much of history profoundly meaningless, as if created time was merely a sort of divine throat-clearing between the creation and consummation of all things. Indeed, it seems to me that the possibility that things could have been otherwise—that God was not required, by anything in us, to bring human beings to resurrection and union with Him—is the very origin of Christian gratitude. After all, it is not metaphysically incoherent to speak of a cosmos in which human beings are born and live and die as mortal creatures—cultivating their natural potentialities for virtue and suffering the natural consequences of sin, but experiencing no resurrection at time’s end. The fact that we, as Christians, do not occupy such a world is a matter of God’s sheer gratuity.

In the end, it seems to me that our longing for the redemption of all things is not exactly a longing that sorrow and tragedy never have happened in the first place. Rather, it is a longing for them to be proven meaningful, woven into a narrative far bigger than any we are capable of telling. The world in which we dwell, in all its particularity and all its contingencies, is the world God chose to save, and in the knowledge that this world is the object of His love, there is hope.

Matt Tarrant Releases Video on How to Increase Website Traffic 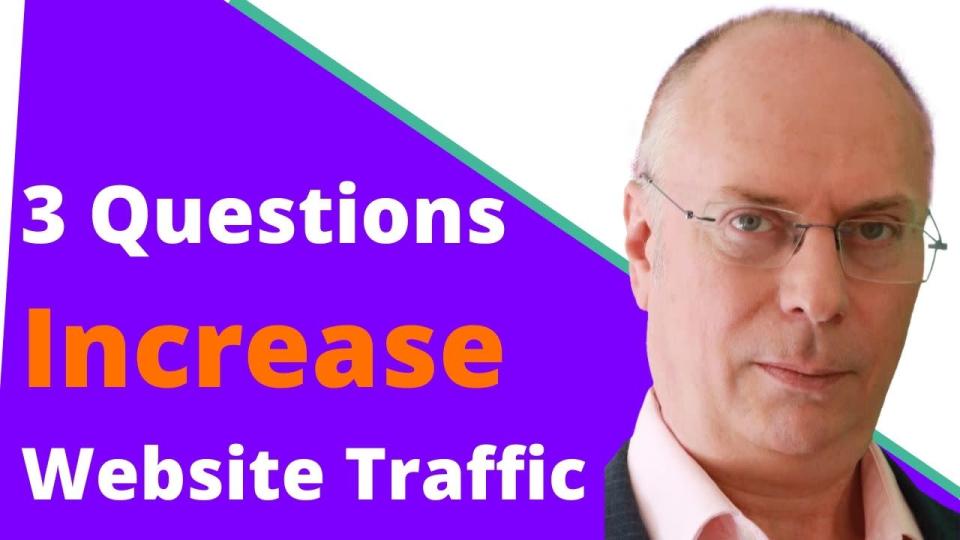