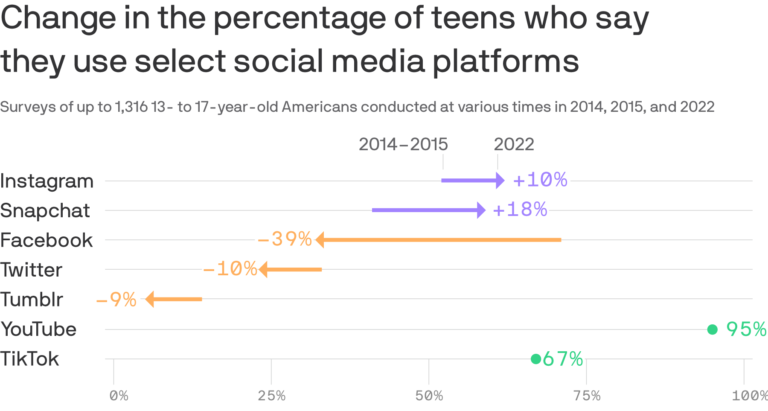 Data: Pew Research Center; Note: The 2014/2015 survey did not ask about TikTok, which launched globally in 2018, or YouTube; Chart: Nicki Camberg/Axios Nearly half of all U.S. teens (46%) say they use the internet “almost constantly,” according to a new poll, around double the percentage (24%) that reported the […]

MOSELLE, Miss. (WDAM) – Tuesday was the deadline for all school districts in the state to submit their technology orders and plans to the Mississippi Department of Education. The devices ordered will be purchased through the Equity in Distance Learning Act, but some aspects of the process have raised some […]